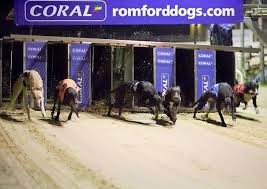 Romford is one of England’s most popular race tracks for greyhound races. It’s located in the London Borough of Havering and is owned by bookmaker “Coral”. The stadium is vast with a capacity over 4,000 and it’s one of the busiest stadiums for races with fixtures held every week generally early on Saturday and Thursday with evening fixtures throughout the week.

Romford is the home of some of the year’s biggest races including The Champion Stakes, The Puppy Cup and the Golden Spirit. UK viewers have the pleasure of watching these races on Sky Sports.

For live streaming from Romford Stadium and all the day’s dog racing fixtures streamed on PC, iPad and iPhone devices, see below!

Streaming:
Romford Stadium streams are available to UK and Irish viewers on computer, mobile or tablet devices. You can see all the day’s fixtures throughout 2014 live !

How to watch At the Races Live.
Championship Live.
Scottish Premiership Live.